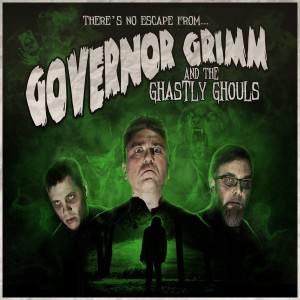 Governor Grimm and The Ghastly Ghouls: evil psychobilly from Ohio

This is yet another band I found doing a random search for psychobilly on Bandcamp. I don’t know if the name of this band would frighten people away, but I certainly hope not. (And by the way, If there is a prize for alliterative band names, I think this band has closed the competition.) Anyone who shies away from this band because of its name is really missing out. The guitarist plays like his ax is on fire and the rhythm section plays like they’re daring the guitarist to keep up.

The EP begins with  ”No Escape.” This is about as catchy a song as you can find about someone “leaving a trail of bodies” in his wake after setting a town on fire. I don’t think you’d be wrong if you described the guitar sound as evil, but I don’t think that’s a bad thing.

Every song on this EP is uptempo, but I think “Raise the Dead” is most uptempo. You can work up a sweat just listening to this song.

The themes of the five songs on this EP are pretty familiar for psychobilly, but that doesn’t take anything away from the band or the songs. If you like psychobilly where the evil sounds a virtually tangible, Governor Grimm and the Ghastly Ghouls is a good band to get to know.

2 thoughts on “‘Billy Monday: Governor Grimm and The Ghastly Ghouls”