I know. It’s been more than a week since my last post. I was on vacation in Outer Banks, North Carolina. But now I’m back with my batteries recharged and ready to bring you more of what you’ve come to expect from this blog.

Bless me, loyal reader. (Not that I’ve sinned.) It has been 28 days since my last confession.

Nothing beats live music…if you love the band. There are times when you go to see a band you love and you get some opening act that makes you wish you were wearing noise-canceling headphones instead of silicone earplugs. Here are some of the bands I’ve seen that made me long for the next band.

There you have it. Five bands that I’ve seen (sadly, more than once in some cases) that left me thoroughly underwhelmed. What are some bands that you’ve seen but wish you hadn’t?

All right, loyal reader, here is your utterly random poll question of the day.

Yes, loyal reader, I’ll admit that I am one of those guys. At least some folks routinely make fun of me for my lack of movie knowledge. You can quiz me about any movie in the last five years or so, and frankly, if I’ve heard of it, that’s a win for me. I haven’t always been this way. I used to love going to the movies. Now, I generally don’t even rent them from Redbox to watch in the comfort of my own home. So what changed? Well, here are some of the reasons I don’t watch more movies.

Yeah, I don’t see a lot of movies. You could easily stump me on the topic. That being said, I don’t feel like I’m missing out. I will go to the movies with you…if I can bring my pillow.

Well, the weekend is upon us and it’s time to forget about that crummy work week. Nothing is better at helping people forget than moonshine, which brings us to part four of our continuing list of great songs about moonshine. In case you missed them, here are: 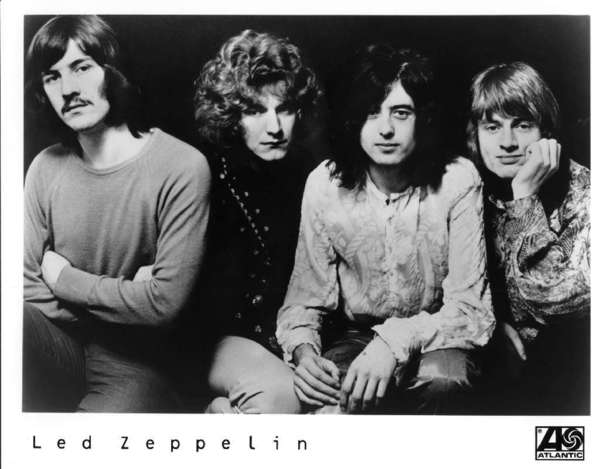 I think this could be a new weekly tradition here at Incognito HQ. After all, it is Sunday, and if I’m going to step into the confessional booth, it should be on a Sunday. Mind you, I’m not asking for forgiveness, but this is a confessional nonetheless.

Bless me, loyal reader. (Not that I’ve sinned.) It has been (mumble mumble) days since my last confession.

I am not a huge fan of Led Zeppelin. I know as a music guy, I should like “one of the greatest rock bands of all time.” Yes, I know the impact Zeppelin has had on rock n roll. Yes, I know the story of rock n roll cannot be written without Plant, Page, and the rest. And yes, I know that the guys are extraordinarily talented. But you know something? The music just doesn’t grab me. That’s the best way I know how to put it. Maybe it’s an over-saturation problem. Maybe the music just doesn’t grab me because I have heard Zeppelin so many times on the radio. That doesn’t hold a lot of water though. I’ve heard AC/DC and Ramones loads of times too and both of those bands still get me moving and singing along. And it’s not just me either. I turn the radio on only because the CD player in my car doesn’t work. When I’m driving around with my four-year-old son (who is a real sound hound) and Led Zeppelin comes on, I’ll ask, “Do you like this one?” I don’t think he’s told me yet that he wants me to keep a Led Zeppelin song on.

I know what you’re thinking. Maybe I just need to listen to one of the first three Zeppelin albums on the right sound system for my mind to truly comprehend the genius of the band. Maybe that’s true, but I doubt it. If a certain band doesn’t grab me, it won’t be very easy to convert me to become a disciple of that band. Not that Zeppelin needs any more disciples. The band has plenty. You can tell me all you want about what a great band this is, but your argument will most likely fall on deaf ears. The best way I can think to describe this is to say that if Led Zeppelin comes on the radio, I’m more likely to change the station than crank the volume. Actually, that’s a pretty good question of the day.

Well, we’ve made it through another week of:

So, what music do you have going to get you through this Friday? I’m starting my workday with 14 Blazin’ Bangers and Cookin’ Up a Party by King Salami and The Cumberland Three.

Coachella is this weekend and I have a confession to make. I have never been there. Yes, I know what you’re thinking. How is it that a music writer in southern California has never been to Coachella? Well, I’m glad you asked. Here are the top reasons I’ve never been to this event.

And this just in…a bonus reason why I’ve never been to Coachella.

She’s excited about it. That makes one of us.

If you look long and hard enough, you can find some observance on every day of the year. Today just happens to be National Goof-Off Day here in the U.S.  And so, loyal reader, what better way to recognize national goof-off day than with five songs that can only be categorized as goofy (and of course I don’t mean that in any derogatory fashion).

St. Patrick’s Day has passed but that doesn’t mean that all of you are done feeling its effects. I’m sure a good number of you loyal readers hit it a little too hard and are now feeling the flipside of the good time you had last night. As with just about anything, there is a song for that. Here are five songs that describe the condition you might be feeling right now.

Another list of songs about moonshine? Yup. That’s right. It seems that some of the most popular posts here at Incognito HQ are:

And so, here is part three, although this particular series may go way beyond a trilogy. Enjoy this addition to our list of great moonshine songs.