Johnny Sketch + pitcher of Hurricanes = a good start to the weekend

I don’t know about you, loyal reader, but I think there is nothing quite like New Orleans funk to get you grooving on a Friday as you head into the weekend. And so, that is exactly what I sought out for this particular edition of Funk Friday.

“Axia” is the first song I heard from Johnny Sketch and The Dirty Notes and it is exactly what I’d expect from a New Orleans funk band. It has a super-groovy bass line, horns (just listen to that saxophone), and a pretty wicked guitar solo.

Now, allow me to ask you something. What could be better than a New Orleans funk song about football? Yes, I know it’s only June, but this is probably when we miss football the most. The Super Bowl was in February and the new season doesn’t start until September. Not only that, but we’re right around the corner from that time of year where we’re stuck with baseball, golf, and NASCAR. No, it doesn’t matter if you’re not a Saints fan. “Ya Herd Me?” will have you singing along.

Johnny Sketch and The Dirty Notes will definitely get you grooving and in the mood for the weekend. It’s also pretty likely that this band will make you want a Hurricane (the drink, not the natural disaster). Actually that seems like a pretty good idea. Turn on Johnny Sketch, pour yourself a Hurricane (hey, no one says you have to limit your Hurricanes only to Mardi Gras), and get your weekend started. Yes, even if it’s only 2:00. It’s been a long week and you deserve it.

This song here shows you both the good side and the bad side of the internet. The good side is that you can find artists like Eddie Bo with relative ease. The bad side is that you get a gem of a song like this and you don’t even know the song title. In any case, Eddie Bo is one of those great underrated funk artists. And this song (whose title we don’t even know for sure) is a great underrated funk song. I guarantee that your guests will get their bodies moving if you play this for them at a party.

I think I mentioned something like this last week, but it bears repeating. One of the great things about funk is what you notice in a particular song. In this particular song by Lil Buck and the Top Cats (from New Orleans) , there is a lot that could stand out to me. The organ, horns, and rhythms are all solid. But I think what really ties this song together is the baritone sax. It’s not the most prominent sound in the song, but when you hear it you take notice. Give it a listen for yourself…and be prepared to move. This one is a good grove. 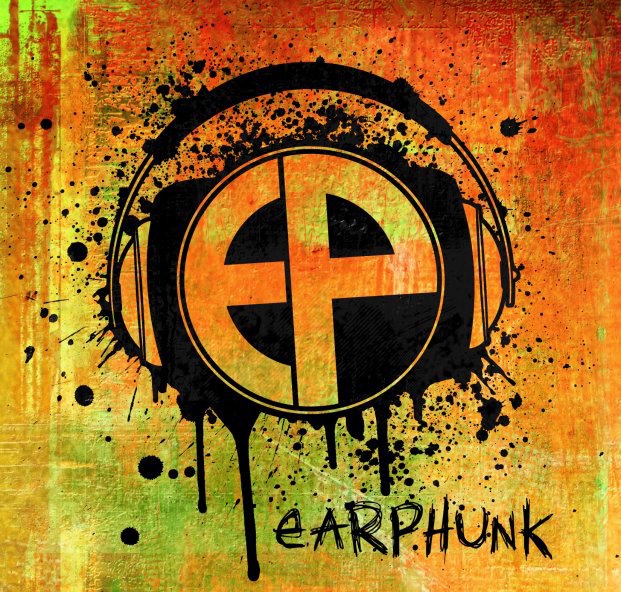 Get your Funk Friday groove going

Yes, loyal reader, I know. You like music you can sing along to. I get it. There’s nothing quite like being in your car or your shower and singing as loudly as you can to whatever music you have playing. But sometimes you just want to get your groove on to some solid instrumental stuff. Like Earphunk. If you want to sing along to this, you’re going to have to make up your own lyrics. I’m not saying you shouldn’t do that either. (After all, a recurring theme in funk is to do what you wanna do.) It’s especially funny to make up your own lyrics to songs once you’ve consumed a couple beverages.

Earphunk is a little more of a jam band than other Funk Friday artists we’ve featured, but this band works a good groove that is closer to Lettuce (who is mostly instrumental) than Booker T. Just listen to “Freezer Burn” and try to keep still. Really, I could say that about any of this band’s songs, but these guys hook you immediately with “Freezer Burn” on the band’s Soundcloud page. And while you’re there, listen to the change of tempo in “The Real Deal.” What starts as a slow groove turns into something that’ll burn up the dance floor. If you want music to put you in a groove, check out Earphunk. 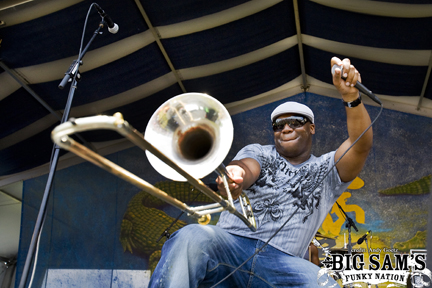 That being said, what could possibly be a better celebration of Funk Friday than a song encouraging you to “shake your big ole booty.” And even if your booty isn’t that big…you get the idea. Big Sam used to play in The Dirty Dozen Brass Band, so you know the guy’s got some funk in his pedigree. Now he’s carrying the funk with Big Sam’s Funky Nation and this particular song should come with a warning. Listening to this will temporarily increase your heart rate and just may cause you to break a sweat. But hey, it beats working, right? Click the picture to visit Big Sam’s homepage.