I’m not sure why so many great psychobilly bands come from the UK, but I kind of wish this is one area in which the U.S. followed in the footsteps of the English. This album begins with “Fright Night 2,” a song that begins a little slow, but then explodes into a psychobilly rumble after the first verse. This song embodies everything that is great about psychobilly: trashy and loud guitar, lyrics that lend some horror to the song, and a rhythm that is tough to keep up with.

The lead track is followed by “Going Postal.” The vocals in this song bring early punk to mind. If you like murder ballads, you’ll really like this song.

On the one hand, there is a murder ballad. On the other hand is a remake of “Teenager in Love” called “Psychobilly in Love.” Dion and The Belmonts never sounded quite like this. Speaking of never sounding quite like this band’s version of a song, The Griswalds also do a version of the theme from the “Banana Splits.” It’s unexpected, fun, and pretty different than the actual version of the song.

This album hits all the themes that you can find in a lot of psychobilly songs: drug use, zombies, crazy people. All wrapped up in trashy melodies and driving rhythms. If you want something that will get your foot stomping and your blood pumping, check out The Griswalds. 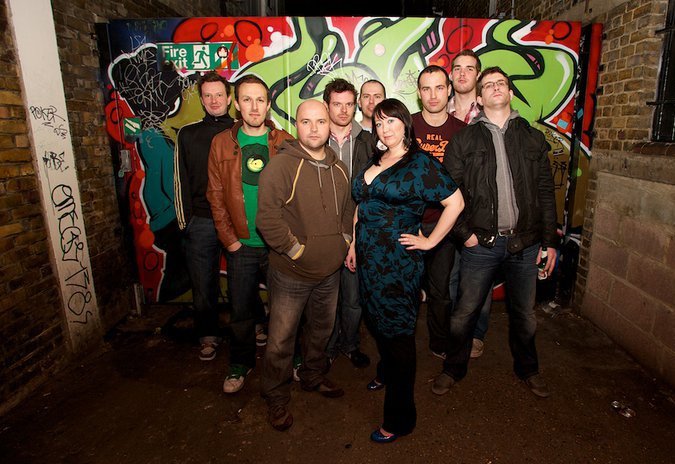 Get ready to get sweaty

Let’s just catalog the ways this band won us over. It is

And frankly, it was one of those songs with Latin flavor that got us moving in our office chairs. Great googily moogily! I have no idea how you could sit still when you listen to this song. Just listen to those horns and try to keep yourself still. Oh, and in the following song, you hear a count-off like James Brown…but in Spanish. Es muy bueno. Do yourself a favor, loyal reader. Go and get this album. I’m willing to bet it will be in your heavy rotation for a while.

Available for free at Bandcamp

If you are a regular here at Incognito HQ, you know we have a thing for primitive rock and roll duos. Enter The Creeping Ivies from the UK.  ”Ghost Train” is about as raw and primitive as music can be with a wonderfully fuzzed-out sound. Oh, and just listen to that wail about a minute and a half into the song. And then again about three minutes in. If anything, it’s even more bone-chilling the second time. If you like this track, you are in luck. You can download the entire three-song EP for free at Bandcamp.