The story came out earlier this week that Lady Gaga plans to sing in outer space in 2015. I could easily dismiss this by saying that this is a meaningless story by some pseudo-news outlet that was desperate for a story last week. I certainly wouldn’t be wrong to say that. Even for an entertainment “news” piece, this is fluff. I do, however, have a response to this. And it may surprise you.

My response is this: please let this story be true. No, not that it matters to me at all. I personally don’t care if any pop singer sings in space. No, I want this to be true because I want whoever is in charge to “forget” all about Lady Gaga. Oh, and Katy Perry, Justin Bieber, and Lance Bass have all signed up for this too. Perfect. Let’s set up some sort of pop star colony in space where their only audience will be each other. I would propose some sort of contest to determine who gets to come back to earth, but I don’t feel the need to be that overzealous.

Oh, I realize this proposed pop star colony would be a crushing blow to gossip magazines and websites. After all, if Lady Gaga is stuck in space (obviously without her entire wardrobe), how will those outlets come up with articles like “Did you see what Lady Gaga was wearing?” Granted, that story has probably been done to death anyway. (It is a lot easier than having to listen to her music.) Plus, as long as Miley Cyrus is still on earth, those “journalists” are not going to run out of stories.

So yeah, I’m all in favor of Lady Gaga singing in space as long as there’s no promise she’ll come back. Although can you imagine if she figured out a racket to get people to fly to space to see her? It might start a rush of pop stars going to space so fans have to pay more to see them. Say, that’s not a bad idea. Any way we can get Lady Gaga into space sooner than 2015?

Admittedly, this is a bit heavier than what I normally write, but your humble narrator had some strings floatin’ around in his head that he needed to address.

“What the hell ever happened to that real music? The stuff that’s coming out right now is gonna kill music.” That is a line from the song “Atilla” by Demon Waffle. I really like the band, but I have to respectfully disagree. It doesn’t matter who those lines were written about. The song does mention Black Eyed Peas, and it certainly seems like that group is doing what it can to kill music. But here’s the thing. People have been saying that music has been dying for decades. We’ve seen Justin Bieber and Lady Gaga before (especially Lady Gaga…when her name was Madonna) and guess what. They didn’t kill music. They can’t. 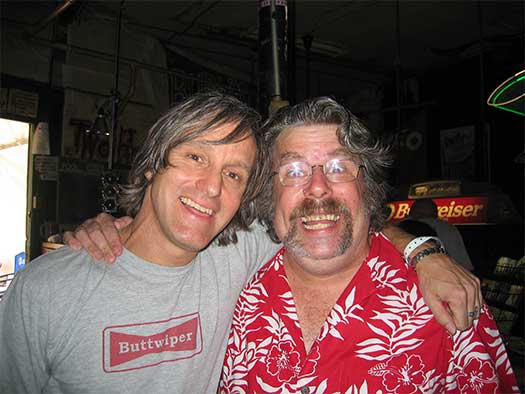 This guy (on the right) knows what rock n roll is.

You see, rock and roll isn’t a genre. It’s a spirit. And even the most soulless, mind-crushing, corporate music can’t kill the spirit of rock and roll. Why? Well, allow me to quote Mojo Nixon, “there will always be a 13-year-old kid who wants to masturbate on the playground and sing some song he shouldn’t be singing.” Say what you want about the notion of a 13-year-old kid masturbating on the playground, but the truth is if you see something like that you know that particular teenager has the rock and roll in his soul. “Artists” like the aforementioned Bieber and Gaga don’t have any rock and roll in their soul. What they have is a lot of money. And why? Because if they ever did have any rock and roll in their respective souls (which is doubtful), they sold it to the middle-aged white guys that write their checks. They get money because they look good on billboards and the sides of buses, not because their music is any good. Trust me, I’ve interviewed enough musicians to know that a lot of them might envy the money made by the music acts that are corporate shills, but they would never sign on for it. That’s the spirit of rock and roll, Jack. Eating crappy food, swilling cheap beer, and playing in dark basement clubs in places like Wichita on a Tuesday afternoon. 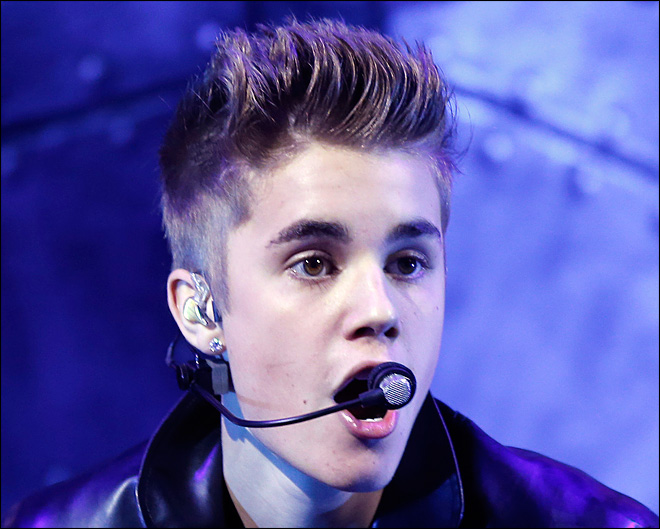 This guy does not

And let’s face it. We used to be stuck with the crap on the radio. But there has never been a better time for exploring music that was not fabricated by middle-aged white dudes. We have podcasts that play good music you won’t find elsewhere. We have sites like Bandcamp, which is really an invaluable resource for people that like to discover new music. (Seriously, go to the site and enter a genre (or even an instrument) you like and explore the acts that appear as a result of your search.) So do this, loyal reader. As 2012 comes to an end, resolve to make 2013 the year you leave all corporate music behind and support real artists with rock and roll in their respective souls.