In our photo shoot for the winter issue, Kitana Cross posed with some sweet hot rods.

What kind of theme would you like to see for the photo shoot for the spring issue? If it helps, our interviews are with Scott H. Biram and the author of Outlaws Still at Large, Neil Hamilton.

Give us your thoughts in a comment and if we use your idea, we’ll send you some Incognito merchandise.

Our Winter 2014 issue is now available for sale on our Current Issue page. Here is a little taste of what’s inside the issue – an excerpt of our interview with Ian Cook (guitar, vocals) of Larry and His Flask.

It’s an impressive list of artists you’ve played with. What have you learned from playing with Wanda Jackson and other artists?

It’s an eye-opening experience. It taught us about getting our stuff together. At first, we were kind of all over the place and we didn’t know what we were doing. We learned a lot from acts that have become a production. It’s an organized situation for shows. You have to get everything together. It was an eye-opener for us to see how some bands run their show. It’s an interesting aspect. Some people don’t realize how much there is behind the scenes at every show and how many people worked to make it happen. A lot of times, it’s a well-oiled machine. Playing a show with a legend like Wanda Jackson keeps you doing it.

What’s the best advice you can give to bands about being on the road?

We’ve been doing this for a while. We went on our first tour as Larry and His Flask 10 years ago. After doing it for a while, I think the key is maintaining your sanity and not burning yourself out. It happens. We did that for years and years. We still tour a lot, but lately we’ve been making sure we have one day off every week. It’s easy to lose sight of why you do this in the first place. Doing things to maintain your sanity and morale within the band is a really important thing while you’re on tour.
The flip side of that is if you don’t know where to start, just get on the road and go. It’s kind of contradictory to what I just said, but you really have to hit it hard until it picks up a little momentum. 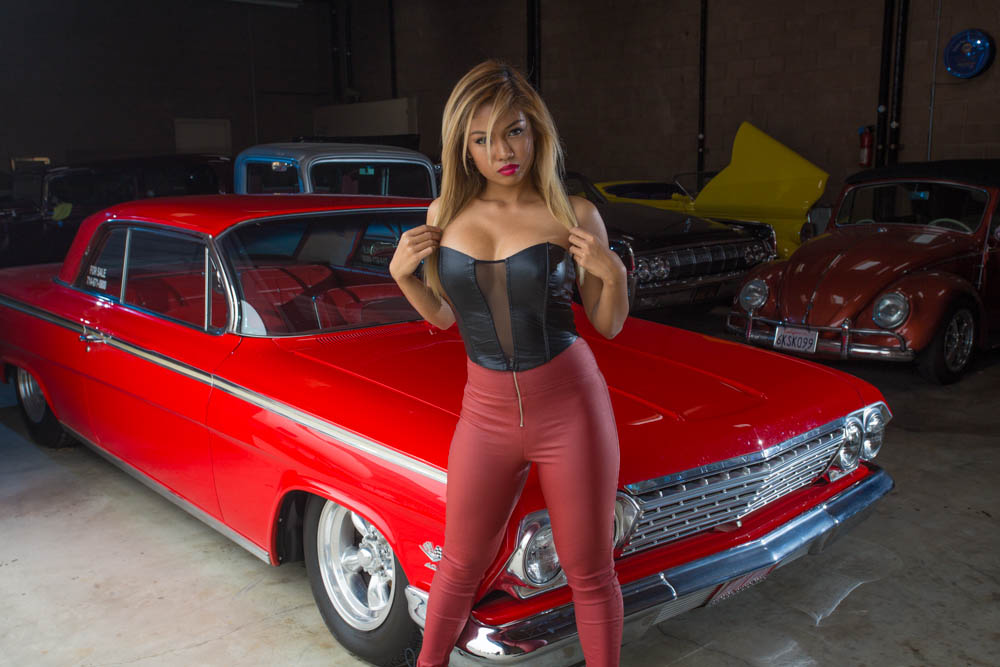 Kitana poses in front of an Impala 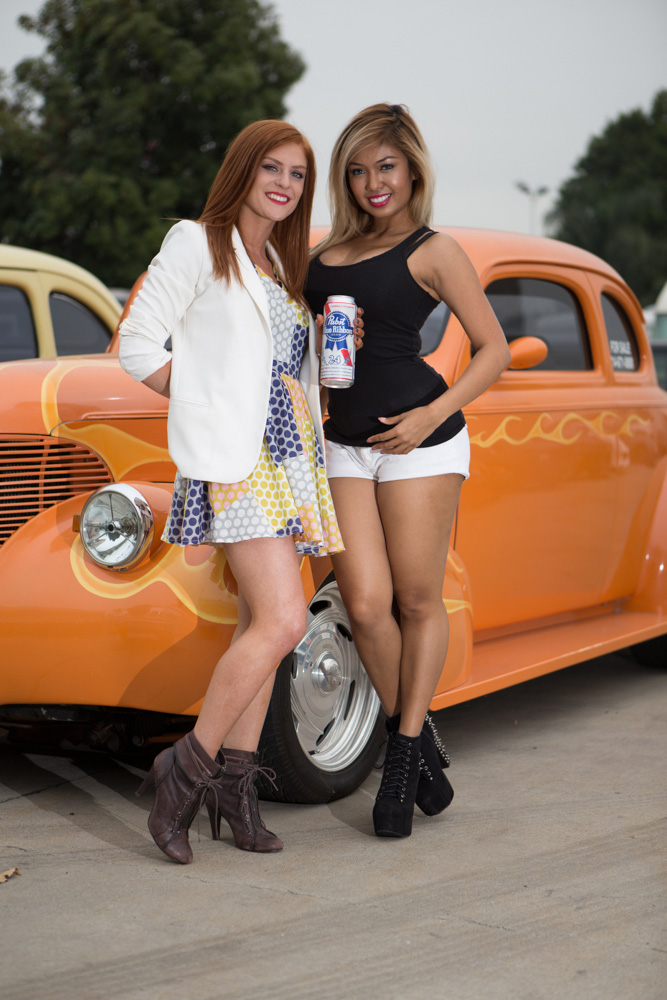 Our cocktails columnist Carin with Kitana

Ain’t that America: a beautiful woman, a PBR, and an El Camino

The first quarterly issue will be released by the end of the week. Here is just a little taste of what you’ll see: our lovely model Kitana Cross poses next to an El Camino while holding a PBR. Photo by George Swar

I was working on the Halloween issue of the magazine. Above is just a little taste of what you’ll see. This will be our last monthly issue, but fear not, loyal reader. It won’t be our last issue. We like doing this too much to stop now. However, our schedule is going to change. Beginning in January (it will be here before you know it), we will switch to a quarterly schedule. You’ll still get the same great content, just less frequently.

Another change that is coming to Incognito is that we’re going to be getting a lot more stuff on video and posting it here at Incognito HQ.

Here’s the thing, loyal reader. You know we value your input. So I ask you, what changes would you like to see come to Incognito…the blog or the magazine? Feel free to let us know. 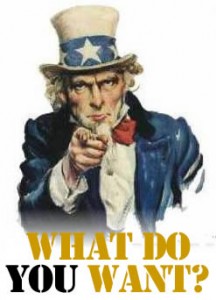 I announced recently that changes are coming to Incognito. One of those changes is that we’re going to start putting together and releasing compilations. The compilations will be available here and on iTunes. For more details or to submit your song for an upcoming compilation, hit us up.

Don’t worry, loyal reader. We are still going to bring you the same great content as we always have: two music features, a model feature, reviews of albums, beers, and movies. None of that is changing. However, instead of publishing each issue on Issuu.com, we are going to make the PDF available for download right here on Incognito HQ. Yes, that means we will no longer make the magazine available for free, but we will include some things in the magazine (giveaways, contests, etc.) that you won’t find here on the blog. This is where we need your help, loyal reader. Please answer these two questions in a comment to this post.

What would you be willing to pay for each issue of Incognito?

What would you like to see us include in the magazine so you feel like you’re getting your money’s worth?

It’s a little behind schedule, but the May issue is published. It features interviews with TAUK and Bawcomville as well as our May model Kitana Cross and lots of other good stuff, including Carin’s monthly cocktail recipe. Click the picture of the lovely Kitana to see the May issue. 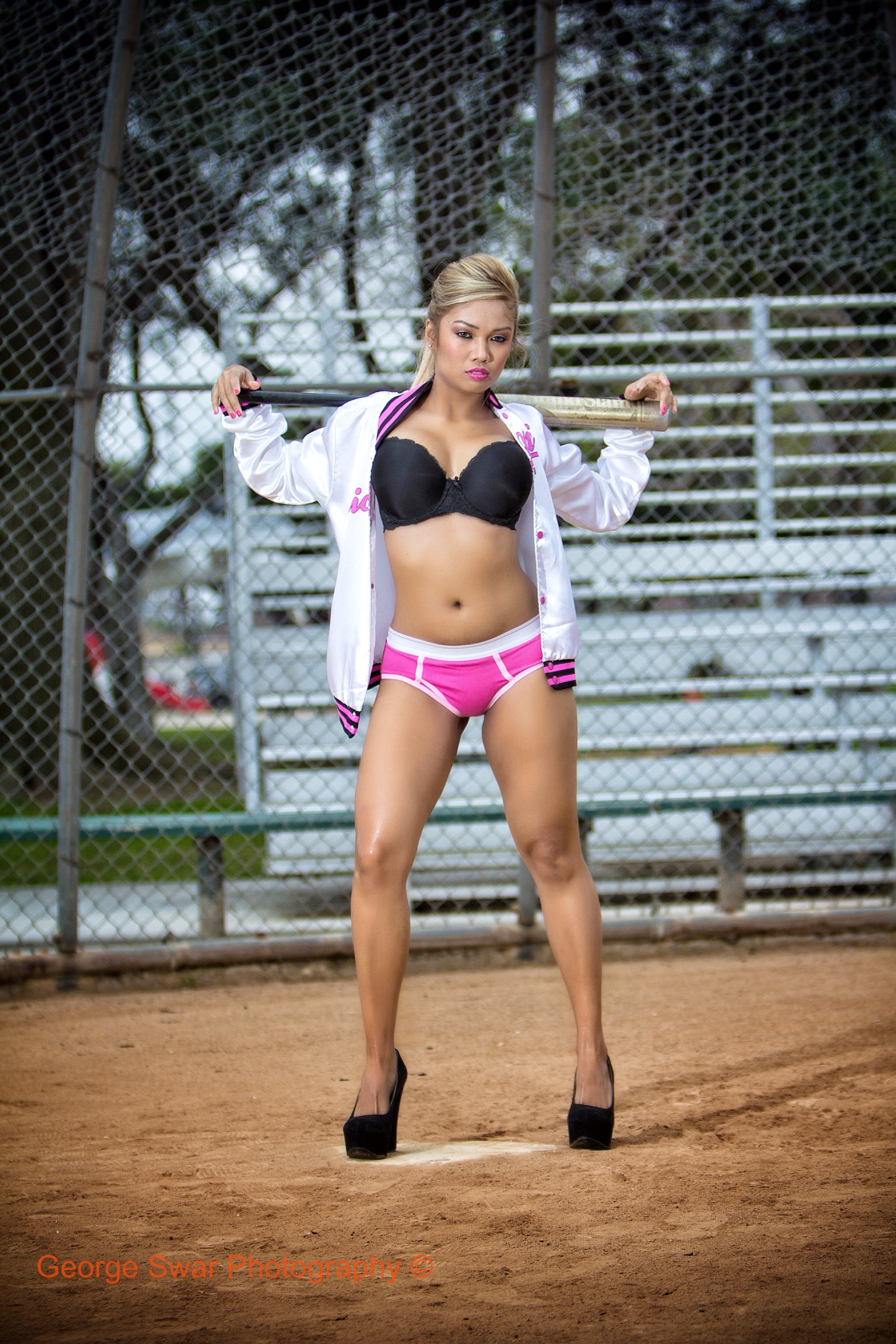 Photo of Kitana by George Swar 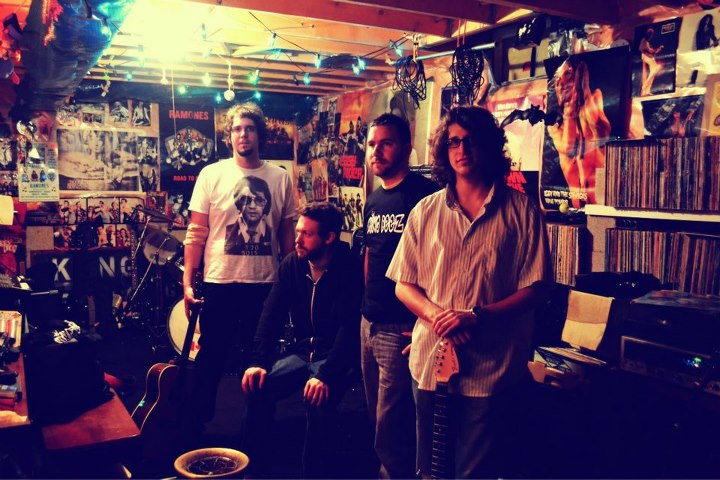 Check out King Beez and Matt Groopie and The Bandits

Matt Groopie is a Canadian artist in both King Beez and Matt Groopie and The Bandits. He discusses both bands (click the picture to visit Matt’s site), some tips for touring, and the six albums he would replace first if his music collection were ever wiped out.

You’re in King Beez and Matt Groopie and The Bandits. Tell us about each band.
King Beez is a metal-influenced, mostly instrumental surf-punk band. We have made a self titled full length album as well as an EP entitled Deathproof Vol. 1 which came out last October and is available on iTunes.  We have a new EP coming out at the end of May as well as Deathproof Vol. 2 in September. We have been a band since 2007. We have taken a bit of a break but have the Tour to Conquer Cancer April 19, 20 and 21 in support of our bassists Ride to Conquer cancer. We have lots of dates in June and over the summer all around Ontario and Quebec including festivals in Toronto, Ottawa and Newmarket with more large scale gigs being added daily in support of our upcoming EP. We will hit the road again in October in support of our Deathproof 2 album.
The Bandits are an acoustic country-influenced folk act. Originally we were a full electric band and released an EP and even had a top 20 hit “Wrapped around your finger” in Winnipeg, Manitoba. We are currently working on a new album with the new sound and lineup. We have been playing lots of shows and they’ve been going great and we’ve been getting a fantastic response. We also won a battle of the bands in Newmarket, Ontario a few weeks back. We have some big festival gigs coming up in Schomberg and Richmond Hill as well as club dates all around Canada throughout 2013.
You’ve played more than 2000 shows across Canada. What is the best advice you can give about touring?
The best advice I can give about touring is strategically planning things is important. Also, always make sure your vehicle is working properly before you leave. Another thing to keep in mind is saving money. Bring a cooler and buy groceries as opposed to eating fast food. Another way to save money is having places to stay as opposed to renting a motel. Also, if your gig is more than three hours away, it pays to do more than one gig. Maybe do one on the way, and the way home. Always have backup cash. You never know what’s going to happen out there on the road. Always have someone watching the gear. ALWAYS. Also, touring is tiring so working out a bit plus water and vitamins are important. Most important, always play good and be positive and professional, even if there’s 5 people. Those five people paid to see you. Play like there’s 5000 people. One fan at a time.
What’s your ritual before going on stage?
Before I go on stage I like to get some air and drink a glass of water. Clear my mind and focus 100 percent on my performance and role in the band.
If your music collection gets wiped out, what are the first five albums you replace? Why?
1. Ramones - (self-titled)
They are the best band. Ever. And I learned how to play the guitar playing to this record every day. The Ramones were so pure and exciting. Great riffs and amazing lyrics. Simple, fun and real.
2. Roky Erickson – The Evil One

This album contains some of the greatest guitar riffs ever, as well as some strange lyrics and themes. It’s interesting and entertaining as well as down right scary. A definite nugget worth finding.

The Burrito Brothers wrote some of the greatest country rock music in history. Featuring some of the greatest harmonies ever recorded, Gram Parsons and Chris Hillman came together to create a band that were totally ahead of their time. I also love the pedal steel played by Sneaky Pete. I am a big fan of Gram Parsons, who also shares a birthday with me. Chris Hillman is also an extremely impressive and versatile musician. He was also great in the Byrds.
4. The Clash – London Calling
Joe Strummer’s finest moment. I love Joe. Great drumming from Topper Headon who proves you can play punk and still have good chops. Jonsey and Simo added lots of layers artistically. It’s really just a perfect album. Great lyrics and variety of styles. No fear.
5. The Doors – (self-titled)
The greatest debut record from a band. They were totally ahead of their time and extremely dark for the times. Ray’s organ is very interesting and menacing but at the same time beautiful. Robby Krieger is also awesome. Lots of surf and foreign influences. John Densmore was an underrated and innovative drummer as well. Not a crappy song on the album.
6. BONUS ALBUM (because I said so)
Frank Zappa – Overnight Sensation
Why? Because Frank Zappa was the MAN! A true genius and extremely smart and entertaining.

What would you be doing if you weren’t making music?

I’m really interested in film and am actually in pre-production for a documentary I’m doing about the Toronto Surf Scene. I run a podcast on indieroundtable.com which is also fun and rewarding as I get to hear lots of great music. I am deeply into environmental and human rights issues and I have a twitter for that at @TomorrowTodayCa . I do a lot of charity events and lately have been working with the Lupus foundation. Also, I always wanted to manage the Toronto Blue Jays.

You’ve read and enjoyed her drink columns and band interviews. Today I want you to join me in wishing a happy birthday to our writer, model, and all-around delightful human: Carin Merritt. Leave your birthday wishes for her in a comment. 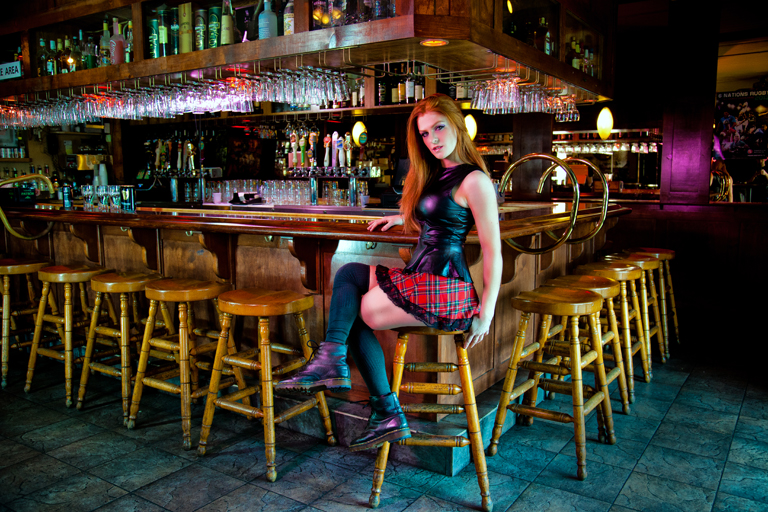